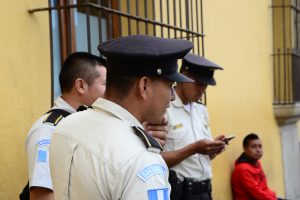 Instead, the ICT4COP project encourages the development of two-directional partnerships, where various actors – from the police as from civil society at local levels – work together in reciprocal relationships to prevent and manage any incidents of insecurity at local levels.

The UNPOL definition is not alone in conceptualizing a one-dimensional type of partnership. There is a tendency across sectors and scales toward top-down partnerships – with the leading agency controlling the finances and the terms, including inviting other partners into the partnership. This is so whether it be between international and local organizations or between police and communities. Partnerships currently exist on a highly uneven playing field, where power imbalances between those involved complicate the relationship.

Recognizing power relations is sometimes difficult as they can be exercised in different ways. Acknowledging and identifying power relations between police and communities is nevertheless critical in order to ensure that relations are reciprocal and build trust.

In addition, local actors may face several barriers to engaging in partnerships. Such barriers may include those related to time, resources and language, and be both formal (e.g. formulated as requirements for participation) or informal (simply limiting effective participation). Facilitating partnerships that allow for free and equal exchange of ideas and agendas requires engagement with informal networks, social institutions and initiatives at local level – initiatives that play a crucial role in local peoples’ daily life. Police interested in forming reciprocal partnerships would need to demonstrate willingness and ability to relate to structures, norms, values and realities “unfamiliar” to outsiders – including the police.

>
Our Approach to COP > Reciprocal Partnerships