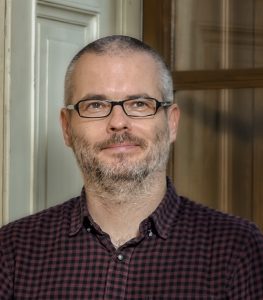 Tomasz Kwoka holds a Ph.D. in humanities and specializes in (Slavic) Language Studies. Since 2009, he has been employed by the Institute of Slavic Studies of the Jagiellonian University in Kraków. His academic interests revolve around the history of Serbian language and the current state of the Serbian language and post-Serbian-Croatian languages, as well as the culture and politics of contemporary Serbia, Serbian popular culture, and Balkan and Pannonian cuisine. Currently, his work focuses on Vojvodina – the history and culture of the multi-ethnic region, its languages and ethnic minorities as well as the history of Novi Sad (including legal regulations concerning ethnic minorities in the past and now in Serbia). He has participated in the research project ICT4COP since 2016; he is a member of the WP10: Regional Focus South-Eastern Europe and is responsible for the case country Serbia.