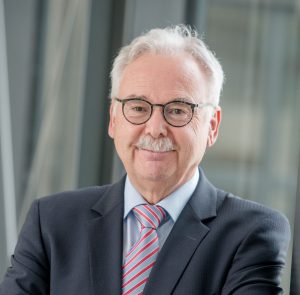 contributed to Work Package 5: Youth Issues and Work Package 10: South East Europe, and supervised and formally led the efforts of Ruhr University Bochum in the ICT4COP project from 2015 to the summer of 2019, only leaving the project due to retirement.  He was actively involved in the grant application process and took part in setting out the objectives for the work in WP5 and WP10; his extensive network in South-East Europe as well as elsewhere in the academic, policing and policymaking world was strongly beneficial to the project.

Prof. Dr. Thomas Feltes is a lawyer and social scientist who held the chair for criminology, criminal policy and police science from 2002 to 2019 at the Law Faculty of the Ruhr University Bochum. From 1992 to 2002, he was rector at the Police College in Baden-Württemberg. Between 1976 and 1992, Feltes worked at German universities in Bielefeld, Heidelberg, Hamburg and Tübingen. From 2018 to 2020, he represented Germany in the Committee for the Prevention of Torture at the Council of Europe. Feltes has been active as an international expert for the UN, EU, Council of Europe, Interpol, FBI, OSCE and others for more than forty years. As part of foreign missions, he was involved in police and judicial reforms in many countries. Moreover, Feltes publishes the police newsletter (Polizei-Newsletter), a monthly information service on police and criminological topics with more than 8,000 subscribers. He has been studying the causes and fear of crime and the role of the police in society for forty years. As early as thirty years ago, he carried out initial studies on victimization and fear of crime, as well as community policing. Feltes has published more than 20 books and well over 200 specialist articles.