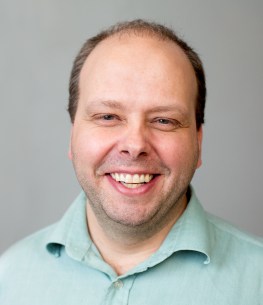 Stig Jarle Hansen Contributed to ICT4COP’s Work Package 7: Africa, studying policing in the Horn of Africa, as well as policing in post conflict scenarios. He conducted extensive field studies in Mogadishu, and in Nairobi, studying mechanisms of legitimacy and de-legitimacy for policing and community policing. His research highlights that actual service delivery, that the population can expect protection from crime and support from the police in times of need perhaps is more important for policing than the exact structures of policing, and that foreign support for policing at times can lead to larger focus on attracting donor support than actually producing police services to the local population.

Professor Stig Jarle Hansen works primarily on the intersection between organized crime; religion and politics (including religious terror ). Geographically, his main focus is in the wider Red Sea region, the Arab Peninsula and, the Horn of Africa, but he has also conducted field studies in west Africa, central Africa,  north Africa, the Middle east, south Asia and Europe. His work on policing  highlights how policing at times have to operate in contexts where rival systems of justice exists, also provided by insurgents (see the paper here).  His book, Al-Shabaab in Somalia was claimed to be the best book of the year in Foreign Policy in 2013, and both this book and his most recent book, a comparative study of all the jihadist organisations in Sub-Saharan Africa, Horn, Sahel and Rift, Fault-lines of the African Jihad received wide acclaims in the media, including positive reviews in the Economist. He has previously given security and organized crime focused analyses for Janes Defense weekly, as well as for Risk Intelligence, and has been an expert commenter for global media outlets as CNN, BBC, Al Jazeera, Reuters, and the Chinese CCTV 4. He is currently leading Norway’s only Master program in International Relations.