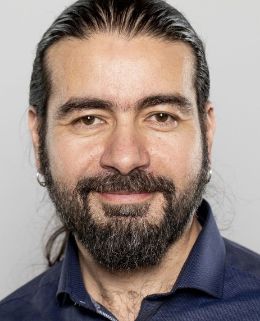 contributed to ICT4COP’s Work Package 7: Africa, and was responsible for the Northern Uganda component of the WP. His research focused on investigating the application of the Ugandan COP model in theory and practice in the Gulu municipality, and on street youth and criminal gangs in Gulu City. Divon also contributed to WP2: Comparative COP, where he helped develop a conceptual map for the analysis of police reform and power in post conflict societies.

Dr. Shai André Divon is the former head of the Department of International Environment and Development Studies (Noragric), and an Associate Professor in Democracy, Participation and Global Studies at Noragric. Divon is an interdisciplinary scholar who works on the intersection between global development, security, and the environment. His work and research experience spans over four continents, including research in several African and Asian countries, the Middle East and North America. Before his contribution to the EU Horizon2020 project ICT4COP, Divon was part of the GENTRA project financed by the Norwegian Research Council, led by the Norwegian Institute for International Affairs (NUPI) where he studied Gender Based Violence and Legal Pluralism in Liberia. He is the co-author of the book 'United States Assistance Policy in Africa: Exceptional Power', where he explored the development assistance policy of the United States in Africa since the end of WWII. His current work focuses on Biodiversity conservation in multi-use landscapes in India. In 2016 Divon was awarded a Fulbright Scholarship, and was hosted by the School of International Service (SIS) in Washington DC.