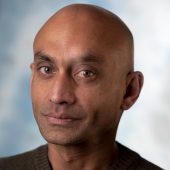 Mr. Jaishankar Ganapathy is an Associate Professor at the Norwegian Police University College, Oslo. He is a Social Anthropologist from the University of Oslo, Norway. His current field placement is with the Department for Post-Graduate Studies at the University College where he is the Course Leader for two studies; Multicultural Understanding and Diversity and Conflict Understanding and Resolution in a Multicultural Society. He has been responsible for the development of these course units at the Norwegian Police University College. He has also designed a course, Police and Diversity in English for students at the undergraduate level at the College. Before joining the Norwegian Police University College he worked as a seminar leader in the Department of Social Anthropology at the University of Oslo. This was followed by tenure at the Oslo University College where he taught topics within Multicultural Understanding and Development Studies. From 1992 -2003 he worked as a Human Resource Advisor in the Introductory Programme for Foreigners within the Directorate of Labour, Oslo. In 1999 he was part of Cultural Studies that established the Norwegian Study Centre in Pondicherry, India. The centre offers courses in Social Anthropology, Religion and Dialogue and Peace and Conflict Studies in South Asia. He has also been the leader and taught at the centre. Field of interests: multicultural understanding, cultural encounters and professionalism, migration and development, conflict resolution, diversity, trust and recruitment of ethnic minorities in the police service.