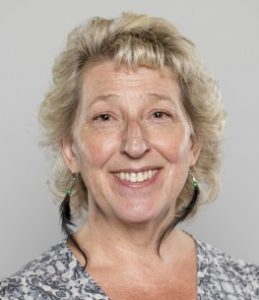 is the ICT4COP Project Leader, as well as the leader of Work Package 2: Comparative COP, Work Package 6: Gender, and Work Package 8: South Asia. Dr. Nyborg has extensive experience in research and teaching in human security and post conflict development, with a specific focus on gender in development. She has worked extensively in Africa, as well as South Asia, where her most recent research has focused on post-conflict development in Afghanistan and Pakistan. She has considerable experience in project leadership, action research with civil society, and qualitative field methods.

Ingrid Nyborg spent the early years of her career working with research and education programs in agriculture and resource management issues in Africa and South Asia. She now specializes in post-conflict and post-crisis development in South Asia, with a focus on Pakistan and Afghanistan. She has since 2005 been studying rural livelihoods in Afghanistan, focusing on participatory methods and co-production of knowledge with local development organizations as an example of capacity-building research. Her focus in Pakistan has been the study of human security, gender and development in the Swat Valley, where she explores how local perceptions of security and development compare with the policy narratives. She also is studying humanitarian policy and social vulnerability to climate change in Pakistan, where she has conducted fieldwork in Swat and Sindh, areas hard hit by the 2010 superfloods. In 2015 she received funding from the EC Horizon 2020 research program for a five-year study of Community-Based Policing in Post-Conflict Police Reform. This is a global study of 11 case countries where she and her team of international researchers are studying examples of alternative, non-militarized forms of policing which focus on trust-building, and broader understandings of security and well-being, as well as the use of ICT. Her focus in this study is comparative aspects, gender issues, and the South Asian cases of Afghanistan and Pakistan.