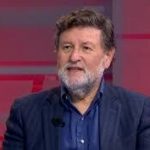 contributed to ICT4COP’s Work Package 9: Central America by preparing desk-based studies on Guatemala, El Salvador and Nicaragua. He reviewed some of the articles prepared for the study and collaborated in the preparation of a literature review on trust, legitimacy, and police accountability.

He has published on public policies on crime; police reform, human rights and judicial reform in Latin America. He has been a consultant to the Ford Foundation, The United Nations, The World Bank, and The Interamerican Development Bank on legal reform, human rights policies,,on  policies dealing with crime, and police reform.  He has been a visiting professor at Ottawa Law School, Harvard Law School, Princeton University and was a fellow at the  Woodrow Wilson International Center for Scholars. Some of his  publications are: